Holly McHone Jewelers has been in Historic Downtown Astoria, Oregon since 2004. After 8 years of showing work in galleries and retail shows, the opportunity arose to buy the store where we had shown our work for 6 years.

Holly first started making jewelry in 1978 in High School in Omaha, NE. After graduating, she was off to the Minneapolis College of Art & Design where she earned her BFA in Life Drawing. But after graduation, she felt the need to create jewelry again. Designing and working with her hands has always been her passion!

Moving  to Hillsboro, OR in 1995 was the beginning of Holly’s full career as a designer goldsmith. After 6 months of jewelry school, she quickly found a job as a full-time apprentice at a jewelry store.  Holly was determined to learn as much as possible, as fast as possible, so she also worked part time for a jewelry designer and did repairs for another store on her days off.

In 1997 Holly joined the Creative Metal Arts Guild, CMAG, a local Portland, OR/Pacific Northwest area group of 120 artisans all working in metal of any kind from sculpture, found metal objects, to fine jewelry. CMAG has an annual Showcase presenting their work to the public for sale.  It was at one of the shows that she met a store owner from Astoria, OR and proceeded to have her work in the store. In 1999-2000, Holly was the president of CMAG along with the steering committee for the annual showcase for 4 years.

In the meantime, Kevin after retiring from his engineering job at Intel, focused his time on learning jewelry photography and many other aspects of the jewelry business.

When the opportunity came to purchase the store in Astoria, it was a leap Holly & Kevin felt it was time to make. Holly met with the customers, designing, and manufacturing at the bench, Kevin doing the bookkeeping, photography and very soon, engraving and CAD/ CAM.

Quickly, they realized they needed more tools! CAD/CAM, a milling machine, and  Laser welder were brought into the store in 2005. By 2014 the 3-D printer arrived to allow them to make even more complicated designs.

Holly McHone Jewelers joined IJO in 2010 and began travelling to Antwerp twice a year to buy diamonds which solidified their commitment to finding the best diamonds for their customers.

Astoria has become a tourist location over the years. Because of that, and their dedicated work creating the best possible customer experience, Holly McHone Jewelers is the premier jewelry store on the North Oregon coast and beyond with over 25% of their business coming from outside the area.

Both Holly & Kevin volunteer with local organizations such as the area Chamber of Commerce Board, Historic Land Commission, Astoria Downtown Historic District Association, and supporting many Local Arts Organizations. 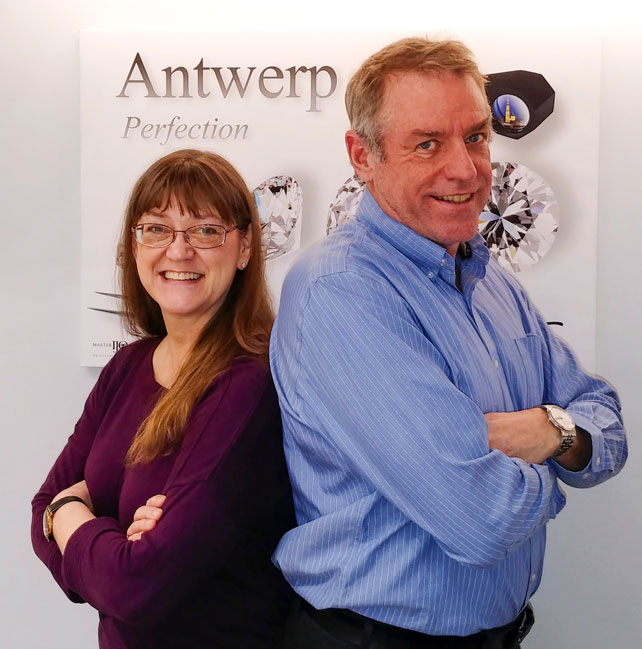 Holly McHone Jewelers has been an active member of the Independent Jewelers Organization since 2010.

The Independent Jewelers Organization is a group of over 800 independent retail jewelers nationwide, which offer supreme quality and unmatched service, providing an excellence that customers can count on. As our area's exclusive Master IJO Jeweler, we maintain a leading role by keeping up with the latest fashions and trends in fine jewelry, educating ourselves about every aspect of our industry, including innovative technologies, sustainable practices, and listening carefully to each one of our customers. We are able to offer the finest diamonds in the world at the best value. We practice a strict ethical code of conduct regarding the importance of trust, integrity, expertise, honesty and quality, as it is our promise to deliver the Brilliance You Deserve ®.

We have jewelry professionals ready to help.